Lawyers who deal with general criminal law often aren’t fully familiar with the perfect legal arguments that can be used successfully to protect your licence if you have been accused of any of the motoring offences below;

Failure To Name The Driver

If your vehicle is caught breaking a driving law, you will have to complete an s.172 information request. The penalty for not providing the information is 6 points.

A defence is valid if you demonstrate that you have used reasonable diligence to establish who was driving the vehicle at the time of the offence, or that you have never received the section 172 request form to provide the necessary information.

Regardless of your circumstances, if you are stopped while driving without suitable insurance, you are assumed to be at fault and therefore guilty.

If convicted or you plead guilty you will receive 6 – 8 penalty points.

Frequently, the insurance broker will have cancelled an insurance policy without the driver being notified.

It is possible to have success in court using a special reasons argument if you can show that you genuinely and honestly believed that you had suitable motor insurance in place.

Speeding carries a driving ban, 3 to 6 points and a fine as well as incurred court costs.

In order to win your speeding case in court and defend the speeding allegations against you, you will need to supply expert evidence to substantiate your defence.

Expert evidence also needs to be presented by a specialist motoring law solicitor such as leading company Patterson Law, if you want the best possible outcome.

The limit in the UK for drinking and driving is 35mg in breath. You will be banned from driving for a minimum of 12 months if convicted of a drink drive offence.

If you can demonstrate to the court that you were either; not the driver, were not on a public road or place, or consumed the alcohol after you finished driving then you have a legal defence.

The two points that the prosecution are required to establish to secure a conviction are that you were over the drink drive limit and that you were in charge of the car at the time of the offence.

If you can prove to the court that you were not intending to drive until you were under the drinking and driving limit then you have a possible defence.

You face 10 points and even a possible driving ban if you are found guilty of being drunk in charge of a vehicle.

To be guilty of using a mobile while driving, you have to be holding and using the phone. 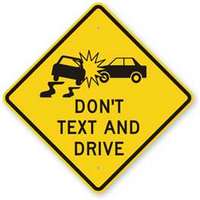 Magistrates have many different opinions regarding mobile phone offences and the law.

It is still an offence if you are stationary at road works or a temporary traffic hold up.

Driving Without Due Care and Attention

The standard of your driving needs to be proved beyond any reasonable doubt by the prosecution to have fallen below the standard of a competent and careful driver in order to convict you of without due care.

At the discretion of the police you can be offered a Driving Improvement Course instead of attending Court.

Failing to Stop/Report an Accident

Section 170 of the RTA 1988 states that anyone involved in an accident is under a legal duty to stop and provide your details if damage has been caused to either; a vehicle, person or property.

It is possible to defend this allegation if you didn’t know that you had caused damage and can convince the Court that it would not be unreasonable for you not to be aware that you had been involved in an accident.

Because these are viewed by Magistrates as really serious offences, you may face community service or even a prison sentence.

To gain a conviction against you, the prosecution needs to show that at the time of the offence, your driving level fell well below that required, and also that it was plain to any competent and careful driver that your driving was dangerous.

The minimum penalty for dangerous driving is a one year licence disqualification, including an extended re-test as well as potential custody.

Driving without a Licence

There is frequently confusion surrounding this offence.

An endorseable offence would be driving without using L plates, or not having passed a driving test prior to driving.

A non-endorseable offence would be if the DVLA requested you to return your driving licence and they suspend your driving entitlement.

It is often linked to no insurance motoring offences, where it is suggested that no licence means that your insurance is invalid. This is not true.

This ‘no licence’ motoring offence is often misunderstood by both the police and Magistrates as to whether it carries penalty points or not. Make sure you get the best result possible for your case by getting driving law expert solicitor to advise you.